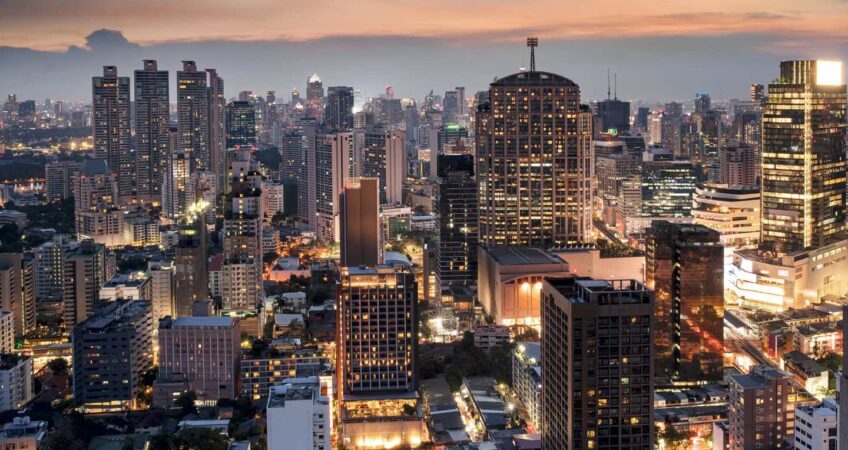 Luanda, the capital city of the African nation of Angola, is a hotspot for all sorts of business. It’s no surprise that it’s a popular destination for expats. People from all over the world who are either moving there at the behest of their employer or trying to strike out on their own. So, in a sprawling city of 8.3 million people, where do the expats tend to live?

As stated above, Luanda is a massive province, though the city itself has two main areas: downtown and Luanda Sul, which is something of a satellite city. There’s a lot of wealth inequality in the city and that widens the divide, with the more well-to-do citizens living in Luanda Sul, as well as neighborhoods like Miramar and Talatona, and the rest of the population, including those living in poverty, living in the downtown area.

For a variety of reasons, expats who move to Luanda find housing in the Luanda Sul area. Those moving there for business tend to have money, so they’re able to afford a better lifestyle. In addition, security can be a major concern in certain parts of the city and Luanda Sul, Miramar, and Talatona tend to be the safest areas.

Compounds for Expats in Luanda

Of course, companies who tend to relocate employees to Luanda are well aware of the challenges that the city presents. They understand that it’s important to provide safety and a good quality of life. So many expats wind up in compounds constructed specifically for this purpose. These compounds tend to be extremely luxurious, with large houses, swimming pools, and top-rate security.

Companies like Y.B.E. specialize in corporate apartments and office services. They understand the region better than anyone. They know exactly what expats need to not only thrive but also enjoy life in the city.

In these instances, we’re talking about expats who are coming to live in Luanda on a permanent basis. Many companies send employees for temporary stays. In those cases, even if the stay will be for a considerable amount of time. Employees will oftentimes be put up in one of the nice hotels located in the city center. If they are placed in a house or apartment, it’s generally fully-furnished and designed with a temporary stay in mind. In either case, security remains one of the top priorities.

Crime is a very real concern in Luanda, which is why the safest living is in housing compounds or apartment buildings. These can be easily secured and protected with a security staff. This is the number one reason that those moving to Luanda only do so if they can find an apartment or office in a safer area. If you’re an expat being sent to live in the city, don’t worry. The city is home to thousands of expats that live safe, comfortable, happy lives thanks to the appropriate accommodations.