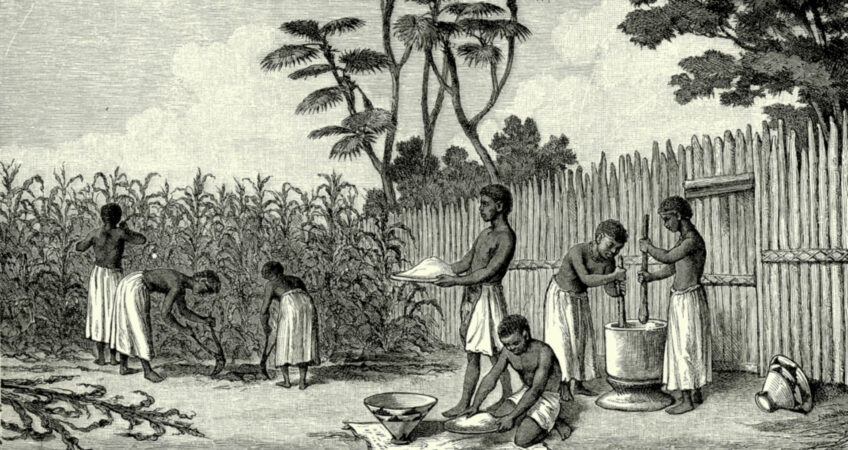 Situated on Africa’s western coast, Angola is an extremely young country. Due to its location, it’s up for debate whether it belongs to Central or Southern Africa. It’s the seventh-largest country on the continent and the second-largest Portuguese-speaking country in the world. It also has one of the fastest growing economies in the world. This is largely thanks to its sizable mineral and petroleum reserves, which has been attracting attention from all over the globe. So how exactly did this young, unique country come to be what it is today? Here is a little about the history of Angola.

The Angolan War for Independence

The area that eventually became Angola has been populated since the Paleolithic Age. However, the country itself has only been around for a few decades. The area was originally colonized by Portuguese forces in the 16th century and operated as a slave trading post for almost 300 years. Colonizer Paulo Dias de Novais founded São Paulo de Luanda, now known as the capital city of Luanda, in 1575.

By the mid-20th century, anti-Portugal sentiment had reached an all-time high. A major factor in this was the Angolan demand for self-determination. With Portugal refusing to address the issue, this ultimately led to the Angolan War for Independence. This war ran for 13 years, from February 4th, 1961, to April 25, 1974.

Three distinct nationalist movements had arisen in the country. They were all backed by different parties from across the globe. The Soviet Union and Cuba sympathized with and supported the Marxist-Leninist People’s Movement for the Liberation of Angola. They supplied the MPLA with funding, weapons, and training.

The National Front for the Liberation of Angola, or FNLA, had the support of Zaire, now known as the Democratic Republic of the Congo. The DRC supplied the FNLA with Bakongo refugees. Angolan exiles were able to establish a community of like-minded individuals eager to return to their home country.

The United States and South Africa backed the anti-communist insurgent group UNITA, or the National Union for the Total Independence of Angola. During the War for Independence, UNITA also received military aid from the People’s Republic of China. 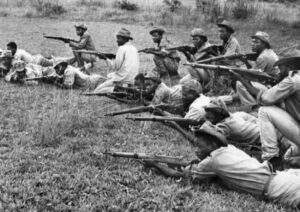 Though the cease fire on April 25 ended the majority of the fighting, it wasn’t until January 1975 that the Angolan War for Independence officially ended. The Portuguese government, along with all three factions mentioned above, signed the Alvor Accords, which gave Angola its independence. Agostinho Neto, the leader of the MPLA, was appointed the first president of Angola. In 1979, Neto died while undergoing surgery related to pancreatic cancer. He was succeeded by Jose Eduardo dos Santos.

Unfortunately, it was not smooth sailing. While the Alvor Agreement called for a transitional government composed of representatives of all four parties, this government quickly fell apart. The MPLA, with support from Cuba, Brazil, and the Soviet Union, quickly drove the FNLA from Angola. The former UNITA allies experienced a number of setbacks and disintegrated entirely by 1983. This left the MPLA, and UNITA vying for control of the newly independent nation.

Though the civil war officially lasted over 26 years, there were periods of peace scattered throughout, though they were hardly stable. By the time the war ended in 2002, somewhere between 500,000 and 800,000 people had died as a result. In fact, the death toll continues to rise to this day, due to still-active landmines scattered across the country. Since 2018, 156 civilians have died due to landmines or other explosives left over from the war.

One-third of Angola’s population was displaced due to the war. A UN study showed that, in 2003, 60% of Angolans lacked access to water, 80% lacked access to basic medical care, and 30% of Angolan children wouldn’t live past the age of five. At the time, the average life expectancy for those living in the country was less than 40 years old. This resulted in a lot of people moving away from the rural areas that their specific ethnic groups were accustomed to in search of better resources in the cities. This is why, today, more than half the population of the country resides in major cities.

1992 Election and the Halloween Massacre

In 1992, Angola held its first-ever free and multi-party election. Voter turnout for the presidential election was a staggering 91.2%. The MPLA incumbent, Jose Eduardo dos Santos, defeated UNITA nominee Jonas Savimbi 49.56% to 40.07%. UNITA didn’t accept the results, claiming that the election was rigged.

UNITA attempted to enter negotiations following the election results. At the same time, they prepared to resume civil war, breaking the Bicesse Accords in the process. The tense situation turned hostile in Luanda and thousands of UNITA members and supporters were killed in a matter of days. The event, known as the Halloween Massacre, claimed the life of UNITA Vice President Jeremias Chitunda. The official death toll is unknown, with some believing it numbered as high as 30,000. 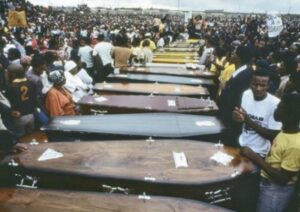 After the civil war officially ended in 2002, efforts to rebuild began almost immediately. The Angolan government spent $187 million settling those displaced by the war and the world bank donated another $33 million towards the effort. Meanwhile, the HALO Trust (Hazardous Area Life-support Organization) continued to demine the area, a process which they began back in 1994. By the middle of 2007, they had successfully destroyed 30,000 landmines. The organization employs over 1,100 Angolans.

This was just the start to a peaceful period that continues in Angola to this day as the country continues to rise into a global powerhouse.

In 2017, after a presidential reign of 38 years, Jose Eduardo dos Santos stepped down and was succeeded by Joao Lourenco. Lourenco previously served as the Minister of National Defense and was handpicked by Santos to replace him as President when the MPLA took the most votes in the 2017 election.

Angola history is full of stories, the country has come a long way in its young life, and though it still has a ways to go, the nation boasts more peace and stability than ever before.